Is NYC the next stop for Silicon Valley professionals? 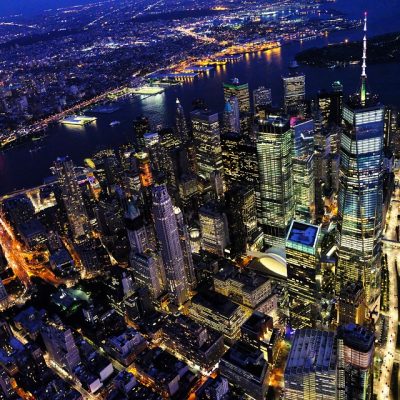 Is NYC the next stop for Silicon Valley professionals?

On March 14, 2021, Posted by Chandler M. , In Commercial Moving Tips, By moving company,moving long distance,moving to nyc , With No Comments

In the years following World War II, New York City came to prominence as the art epicenter of the modern world. In other words – NYC replaced Paris as the cultural Mecca of the world. Everything that was happening in the art world since then – first happened in NYC. From Pollock to Warhol to Basquiat to… Well, you name it. On the western US coast, in the southern part of the San Francisco Bay area, at some point in the seventies – something big was gaining momentum. Of course, we’re talking about the informational revolution. Nowadays a household name, Silicon Valley, home to companies such as Facebook, Google, or Twitter, is probably the most important techie hub in the world. But wait just a bit. Everything is prone to change. Some predictions even mention NYC as the successor to Silicon Valley. Is NYC the next stop for Silicon Valley professionals? Let’s find out together.

Decentralization of the tech industry

Although Silicon Valley undeniably still is the center of the IT industry in the US (and the whole world, basically) some facts speak in the name of change. For example, billions of dollars have been invested in the NYC tech industry during the last decade, and universities like Columbia or Cornell supply the market with fresh professionals looking forward to staying in the Big Apple. It’s pretty safe to say things are going well for NYC. According to some research, nearly 60% of the industry leaders recognize NYC as the next Silicon Valley. Also, they add, the change is right around the corner.

New York is already a second home for some of Silicon Valley’s top players. Most of the advertising is done in the Big Apple, so it’s kind of natural some firms have their second headquarters here, says one of the experts in the field. The city’s appetite is yet to explode. More and more people are flocking to NYC. Currently, there are about 8000 NYC-based tech companies in the city. The government of the city is spending serious amounts of money supporting the industry. You can say that, at this moment, everyone, from IT experts to the city’s officials, recognizes the change to come. You don’t want to be the last one to hear about it.

Let’s say you’re somewhat of a big shot in the business. You’ve read everything, including this very article, about serious predictions mentioned above. Surely, moving your office all the way from California to NYC seems like a nicer version of hell. Alright, there’s no need to be all that pessimistic. Any way you put it – commercial moving, as always, deserves special treatment. Some companies can’t make the move because they themselves lack the organizational skill required for a long-distance move. It sounds like a paradox but it’s the truth. Even some preparational steps like packing can look like unsolvable riddles. Well, as is the situation in most cases, assistance is highly appreciated. Hiring quality moving companies to help you through the process is a must. There’s basically no other way around it.

The pandemic and its effect on the industry

NYC was ravaged by the covid19 outbreak. The pandemic, of course, changed the way we live our daily lives. A large portion of us is having trouble getting used to the so-called new normal. Most of the IT companies emptied out their offices. Employees now work from the safety of their homes. Despite all this, the Big Tech companies (Amazon, Apple, Facebook, Google, and Microsoft) are leasing or buying more and more office space in the Big Apple. The hiring process hasn’t stopped. We can expect quite of a boom after the pandemic’s over. Influential players always keep their eye on NYC.

Cleaning up after yourself

The title of this paragraph may seem kind of weird. Hopefully, it got your attention and you have the strength to surpass its weirdness. Moving to NYC is surely a great investment, as we have mentioned earlier. Preparations for the move require you to get rid of junk. You certainly don’t want to bring it to your new office. Moving an office is always a good opportunity to refresh your workspace. The best way to get rid of all the stuff you don’t really need in your new office is to hire professionals with experience. They will declutter and clean the space in no time. Workspace free of junk will guarantee you have a fresh start.

The trouble with long-distance moving

California is well-known throughout the States for its moving providers. Organizing a trip from Silicon Valley, CA to NYC is something ambitious companies will need to have in mind. And, of course, if you’re having any trouble moving, or you want to make sure everything goes smooth, we recommend you contact Mod Movers CA, experts in the field. They will guarantee your office will have a safe trip.

Is NYC really the next stop for Silicon Valley professionals?

With everything we’ve mentioned above, the answer to the title of the paragraph is: Probably, yes. New York City was always a place that attracted the most ambitious of us, whether we’re talking about art or business. There’s no doubt about it. The city’s history is filled with names that define the world we live in today. Also, the covid19 outbreak did nothing to stop companies that make up the Big Tech to open up new offices in the Big Apple. If you’re an ambitious young person, an owner of a business in the IT sector, and you’re wondering where to settle next, it’s safe to say that, after reading up some facts, you’ll be in no position to miss out on NYC. To conclude: NYC seems like the next stop for Silicon Valley professionals. Let’s finish this up with wise words from the late Frank Sinatra: if I can make it there, I’ll make it anywhere. Always was, and always will be.