History of the moving industry 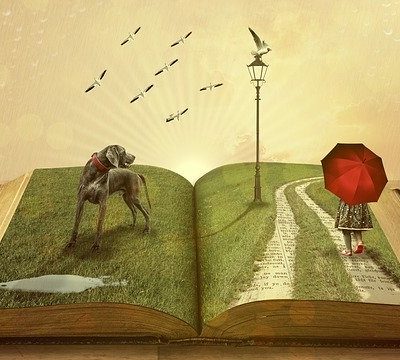 History of the moving industry

On July 30, 2020, Posted by Chandler M. , In Moving tips,Uncategorized, By safe relocation , With No Comments

The moving industry has never been bigger and has never had so much variety as there is today. There are big corporate companies as well as small businesses all around the globe. However, this means that the scene of relocation business is pretty much overpopulated these days. Your moving budget is the determining factor when picking one. But it wasn’t always this way. A long time ago, there were hardly any moving companies around. People’s lives and moving experiences were a lot different than what we have today. Nowadays, we usually don’t know much about the history of the moving industry, but it is indeed an interesting topic. Here’s how things were throughout history and what moving industry had to go through to be where it is now.

Origins of the business

We will start with something that we all expect. A moving business, in the form in which it is today, was conceived in the USA. And industries beginnings are in the age when colonists traveled for a cause of populating the west. These newcomers are considered to be the first do-it-yourself movers. They managed to popularize the use of the, now famous, covered wagons. Yes, ones that you’ve seen in every western movie ever.

Colonials used wagons for packing and transporting their belongings to new areas and locations. Now, one could argue that this form of relocation is nothing like we have today. However, these people would travel in groups consisting of a few wagons. This was generally a smarter decision as they could help each other along the way. And helping each other involved packing and unpacking as well. Although the main reason for their traveling in groups was the greater chance of survival on the road, a simple need for moving companies is enough to consider this as the start of the moving industry.

Now, the history of the moving industry teaches us that the first businesses related to moving were developed parallel with the development of the railroad. Since this form of transport was at its peak in the US during the 40s all the way to the 60s of the 19th century, small moving companies started making warehouses near the rails for convenience. People would bring their belongings to these warehouses and then the movers would pack them into the train. As soon as the train was at its destination, another local company would unpack everything and put it in their warehouse. After which they would transport everything to the desired location.

However, these companies were still nothing like modern ones as dynamicmoversnyc.com is. And this was about to change with the beginning of WWI. Paved roads became a necessity and motorized trucks were everywhere. On the other hand, they weren’t accessible to the public as they are today. But people could come to the possession of a motor-van fairly easy. It didn’t take long until someone came up with a brilliant idea and moving companies were born.

We’re now in the time when motor-van moving was known and popular and professional help for Newyorkers when relocating was a regular thing. However, the companies were still small and the industry was fragmented. The main problem was that the drivers couldn’t start their journey until the van was full. That or to drive to another state with only one order which was unprofitable at the time. This situation created unwanted delays and customers weren’t happy. Luckily, the industry mended itself. People established many co-operation contracts and things started flowing.

During the war, the industry had to use train cars once again. However, when soldiers came back home in 1945, profits hit the sky. People started moving around much more as everything was more accessible. So much actually, that some of the companies from back then are still in business.

With the beginning of the 1933 series of domestic programs, known as the New Deal was introduced. These were new post-Great Depression laws and regulations that were made to restore the economy in the US. The whole idea was to promote fair competition and regulate competitive practices between moving companies. The history of the moving industry teaches us that the movers were affected by this too.

However, this was in a good way. Thanks to this act moving service prices were stabilized and larger companies weren’t allowed to offer volume discounts. This means that small companies were able to stay in business and still be competitive. However, in 1980 Congress deregulated the trucking industry. This led to an increase in the number of moving companies. Suddenly, there were over twenty thousand of them and many of them weren’t good. And this is how things are today. Unfortunately, the government is not doing much to protect the consumers. Current idea is that people should be responsible for putting the bad movers out of business. By not hiring them at all. And this is why you should read as many reviews as you can before you hire a company..

Present-day of the moving industry

Nowadays, we have an unregulated and highly developed industry that provides moving services. Pieces of information are extensive and are easily found which is a giant plus. Over 40 million households perform a relocation annually. Now that we know the whole story behind the moving industry, we can understand how incredible that number is. As well as where the inspiration came from. The industry has come a long way in the last few hundred years. Now, we’re able to find the right movers with just one click or phone call. And that makes us wonder. Will we be able to return the fantastic charm that moving had in the past any time soon? It is forsaken in the search for the profit and it shouldn’t be that way.

Luckily, as the history of the moving industry holds a lot of companies that are still operational today, it’s advisable to choose one of them when relocating. Experienced movers know how to do things properly and keep your belongings safe.