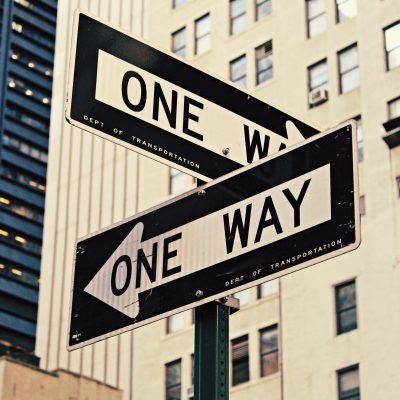 On February 18, 2019, Posted by Chandler M. , In NYC life, By boroughs of NYC,brooklyn,manhattan,moving,NYC,queens,staten island,the bronx , With No Comments

It is known that there are five boroughs that New York City consists of. These are Manhattan, Brooklyn, Staten Island, the Bronx, and Queens. These boroughs were created in 1989 and have not changed since. Even though they make up the city, each of the 5 boroughs of NYC is a separate county. Because of this, each one has its own president. The president is in charge of leading the official ceremonies and advising the mayor of NYC on details about their borough. Specifically, they advise the mayor on the topics of budgets, usage of land, and new projects. Additionally, the subway system made in 1904 was crucial for connecting the five boroughs. It allowed people from different regions to quickly travel back and forth. Even today, it is the most used form of transport in New York City.

The 5 Boroughs of NYC

The Big Apple is something many people all over the world dream about visiting. After the visit, a large number of them even decide to move here. Although there are some things to know about NYC before you move there it is highly unlikely that you would be making a mistake. Be sure to do your research and choose the borough carefully.

Manhattan is usually the first thing that comes to most people’s minds when they think about New York. Actually, the city of New York was built around Manhattan. The other boroughs were added over the years. The first Englishman who came to this region and mapped the area was Henry Hudson. He bought the land from the first settlers for just a few thousand dollars. Manhattan is one of the 5 boroughs of NYC

Since New York served as the capital of the United States, Manhattan served as a welcome area for newcomers. Because of this and after the Civil War, many people came to NYC as immigrants. Additionally, NYC received one of its most precious gifts from France – the Statue of Liberty. With all of these additions, the culture in NYC exploded. This is how we got Little Italy, Chinatown, and Koreatown.

In fact, Manhattan is the most visited of all 5 boroughs of NYC even today. That’s why if you decide to move to New York, you will need some tips on commuting after relocation. It has many sights and attractions which most people dream of. These include Times Square and the Empire State Building. Also, Ellis Island is another popular location for tourists. Moreover, Central Park is probably the most famous natural landmark in NYC. It attracts people with its zoo, statues, beautiful paths for walking and running, and even an ice-skating rink.

Furthermore, Manhattan offers a very rich experience when it comes to culture. The Lincoln Center of Performing Arts organizes many different acts. These include performances from various operas, ballets, and philharmonics. Also, the American Museum of Natural History is one of the largest museums in the world and it’s in Manhattan! Not only does it consist of numerous exhibitions, but it also has a planetarium and a library.

Originally, Brooklyn consisted of a small Dutch community on Long Island. One of its most famous monuments, the Brooklyn Bridge came to be in 1883. It connected Brooklyn to Manhattan. Initially, many people living in Brooklyn opposed this union. This was due to their diverse population and their wish to keep it as is. The most prominent of all of these cultures was and still is the African-American culture.

Today, after the Brooklyn Bridge, the most popular attraction in Brooklyn is Coney Island. Coney Island is one of the greatest entertainment destinations and amusement parks. People come from all over the world for this amazing experience.

Brooklyn is actually a very popular relocation destination nowadays. If you’re thinking of moving to this borough you should look up some tips on finding cheap movers in Brooklyn. Furthermore, Brooklyn has many other attractions. These include the Brooklyn Botanic Garden and the Brooklyn Children’s Museum. Also, the Brooklyn Academy of Arts and Prospect Park should definitely be on your destination list!

Even though Staten Island has the lowest population of all 5 boroughs of NYC, it has been inhabited the longest. There is evidence of life in this area more than 14 thousand years ago. Unfortunately, Staten Island is the only borough in which the subway system doesn’t reach. To visit this borough you have to either take a ferry or a bridge.

When it comes to the history of this borough, Staten Island offers a memorabilia display, the Alice Austen House, and a museum of Tibetan Art. It was the main filming location for many popular movies. These include The Godfather, Goodfellas, and How to Lose a Guy in 10 Days. If you love any of them, you should definitely visit Staten Island to find some of the popular locations!

Bronx was actually the last of the 5 boroughs of NYC to join the union. This was because of the crime in the area and the rough environment. It also attracted many immigrants until mostly African-Americans, Dominicans, Puerto Ricans, and European-Americans settled in the area. This led to the signature culture that the Bronx is famous for today. Even though it had a harder beginning, the Bronx is still growing and improving. It is developing many public projects and has the world’s largest cooperative housing development. Baseball is an important part of the Bronx

When it comes to sightseeing, the Bronx has much to offer to its visitors. It is home to the Great Hall of Fame for Great Americans. Also, it has its own zoo, the Bronx Zoo, Van Cortlandt Park and Crotona Park. Additional attractions which might spark your interest are Orchard Beach and Woodlawn Cemetery. However, the most popular attraction in this borough is the famous Yankee Stadium.

Queens was a part of New York City since the very beginning. Since it is one of the 5 boroughs of NYC, Queens also takes great pride in its diverse community. In fact, more than a hundred languages can be heard in this borough. In addition to many languages, Queens has an amazing musical background. Musicians like Louie Armstrong and Ella Fitzgerald are one of the most famous jazz artists and they came from Queens!

Furthermore, Queens actually has a number of attractions for people who are interested in arts. There is the Flux Factory and the Sculpture Center. Also, the Museum of the Moving Image is one of the most unique museums in the region. Moreover, Queens is the home of the New York Mets and the USTA Billie Jean King National Tennis Center. Along with these, there are many other popular locations for sightseeing. For example, there is the Flushing Meadows-Corona Park and the Citi Field.

Moving to New York is one thing. On the other hand, if moving to another country, whether you are from the US or not, be sure to do extensive research on international relocation. It is definitely a more complex process which you will have to carefully plan and prepare, as opposed to coming in the City That Never Sleeps.