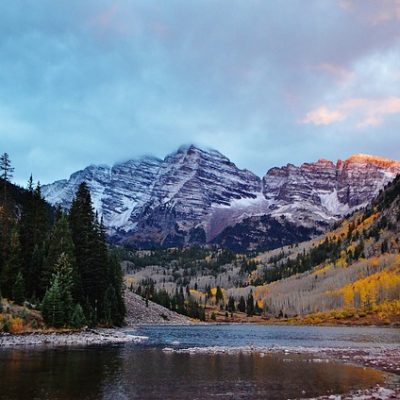 On May 9, 2021, Posted by Chandler M. , In Moving tips, By looking for a place to live,moving from nyc,moving out of New York , With No Comments

Are you tired of New York’s high density, busy life, high rent, and expensive prices? Maybe you are looking for a different kind of thrill. Well, one of the ways to satisfy your cravings might be moving from New York to Colorado. A great example of this, and a great representative of this state is Denver. For example, you will enjoy long vistas toward snow-capped peaks, much sunnier days, and a welcoming job market. Also, if that is your cup of tea, social cannabis is legal. All of that is right here in Colorado, but at a much lower cost than in NY.

Moving from New York to Colorado for first-timers

Another example is if you are living in Denver, or Colorado for that matter, you will have access to the most extensive city park system in the whole country. With the addition of the breath-taking Rocky Mountain highs where you’ll have many fun outdoor opportunities. This is one of the most beautiful countryside views that you can get anywhere in the world. It’s also perfect for skiing, hiking, camping, etc. But, you decide to move here, let’s look over some things that you need to know first. One of the things you should know is that you should always ask for help. With that said, let’s see what you can expect out of your move to CO.

Before you definitely decide to move to Colorado, you should know that it’s always better to work with teams that know the area. That way, you will avoid common mistakes that may arise during the moving process. So, we are going to go over some of the most important stuff that you need to know about CO, and compare it to NY. This will help you get a clearer picture of what you can expect from your new home. So, we will talk about:

Taxes, housing, and living costs are important factors when moving from New York to Colorado

So, the first things to look into are taxes, housing, and living costs. After all, if you are creating a realistic moving budget, you need to be realistic when it comes to the aforementioned factors. That is why we are here to give you some insight into what you can expect.

As mentioned, we will take the example of Denver to give you an overview. So, the Denver property tax is much lower than in NYC. Your property tax here will be about .5%, which is much lower than NYC’s average of .9%. Furthermore, the sales tax in Denver is about 8%, whilst NYC’s sales tax is close to 9%. Additionally, NY has a progressive state income tax between 4 and 9%, while CO residents pay about 4,5% income tax at a flat rate.

So, looking at the bigger picture, you can expect to save a lot of money if you move from New York to Colorado. To give you an example, you will save about 60% in housing costs and another 56% on utilities. Moreover, you wll save another 56% on transportation, 22% of health costs, and another 14% on food. All of this, while still getting the experience of the big city. Isn’t it great?

Economy, culture, and diversity are some aspects of moving from New York to Colorado

Denver’s unemployment rate is lower than the national average. In 2019 alone, the job market here grew by about 3%. Compared to NYC’s job growth of .5%, this is a huge difference. Moreover, if your job is in the fields of aerospace, tech, education, or the health sector, you will have an easy go when searching for a job. These sectors are the main drivers of the economy in Denver. Equally important is the fact that the median family income in Denver is around $77k, compared to NYC’s $64k. If that is reason enough to move here, the people over at Homegrown Moving Company are at your disposal to arrange a move. But, if you are not yet convinced, we have some more information that might interest you.

So, over the past two decades, Denver’s population increased by 22%. But, the number of people living here is less than 10% of the number of people living in NYC. Also, you won’t see a lot of ethnic diversity here since more than half of the residents are White, followed by a third of Hispanics, and around 10% African American. However, Denver is proud of the diversity it possesses and celebrates all of the cultures with annual festivals. Also, the city celebrates Denver Pride Fest and the Colorado Gay Rodeo to honor inclusiveness.

Generally, when it comes to crime, the rates are similar with both CO and NY. But, we must mention that property crime is much more common in cities like Denver than in NYC. However, you will most likely be safe since there are only a few pockets of high-crime areas. Most parts of Denver are areas where you will be safe and secure, as long as you perform plumbing checks before moving in. If your new home ends up flooded because of a burst pipe, you will find that it won’t be so safe to be in the home. But, other than that, you will be just fine. So, don’t worry.

Overall, Denver’s public transportation system is as convenient as NYC’s. But, it comes at a much lower price. Also, the “green” city encourages its residents to use public transit as much as possible. However, most of the people here still rely on their cars. Consequently, Denver can have some of the worst traffic congestions in the whole country. Although to be fair, it is still a 25-minute commute, compared to NYC’s 41 minutes in one way. Yet another benefit of moving from New York to Colorado!